Here’s one easy way to start World War III. Announce that dogs are smarter than cats or vice versa. For sure, everyone, whether pet lover or not, has an opinion on this matter. And scientists designed certain techniques and measures that look into this subject. Let us examine a few, and hopefully try to settle the matter once and for all.

Are Dogs More Intelligent Than Cats?

A test to compare the intelligence of dogs vs cats is difficult to design because each animal is specialized to do different things. Dogs are more efficient runners while cats have better ability at manipulating things with their paws. Thus a test that involves pulling strings would tend to favor a cat, while a test that involves moving from place to place, where speed is a measure of performance, would favor a dog. According to Charles Darwin, “Intelligence is based on how efficient a species became at doing the things they need to survive”. Based on this definition, all species that stay healthy,  remain numerous, and avoid extinction are equally intelligent. 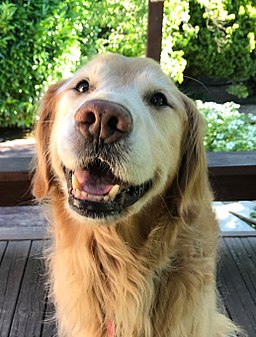 Instead of using brain weight, scientists developed an alternative measure called the Encephalization Quotient. This is basically a comparison of the actual brain weight of an animal compared to the expected brain mass for that animal’s body size.

Based on the Encephalization Quotient (EQ) the brightest animals on the planet are humans followed by dolphins, whales, apes, and the elephant. The dog follows closely behind. Dogs have a higher EQ than cats (1.2 vs 1.0). As a general rule, animals that hunt for a living are smarter than vegetarians.

Another important factor in this discussion is how social the animals are. Animals that live in social groups are always smarter and have higher EQs than solitary animals. This is because social animals must engage in problem-solving every time they interact with another animal in the group. This piece of data supports the assertion that dogs are smarter than cats, since dogs are much more social animals than cats, and interaction in packs often involves complex rituals and behaviors.

Moreover, recent data provided by researchers from Oxford University also show that the intelligence gap between dogs and cats is increasing. When humans domesticate animals, especially a companion animal like a dog, new demands are placed upon it, including demands that are social in nature, such as understanding human communication gestures and words. Dogs receive more of this pressure than cats. Because of this, dogs are becoming progressively more intelligent over time.

How Smart Is Your Cat?

But another approach to the question of which pet is more intelligent yields a contrary view. Based on brain structure, it appears that brains of cats have a structure that is about 90 percent similar to humans. The cerebral cortex of cats is greater and more complex compared to that of dogs. The cerebral cortex is the part of the brain responsible for cognitive information processing. It is the seat of rational decision making and complex problem-solving. It also interprets inputs from the senses and from emotional processing. In addition, it is also involved in the planning of action, the interpretation of language, and is responsible for the storage of short-term and long-term memory. Cats have longer-lasting memory than dogs, especially when they learn by doing rather than seeing.

Do you love cats?

If cats are so smart, why aren’t we seeing any seeing-eye cats, or policy cats or military cats or search-and-rescue cats? Maybe because they are too smart to become slaves of humans. Our feline friends are more impulsive than dogs and are less patient. They don’t easily tolerate frustrating situations for sustained periods of time. If an activity isn’t rewarding to them, they would rather do something else. Dogs may be smarter and have a higher social IQ than cats but cats can solve more complex cognitive problems. But only if they feel like it.

How smart is your pet? Tell us in the comments.

GameChanger – The Ultimate Toy for Dogs

2 thoughts on “Are Cats Smarter Than Dogs?”